The third book of the Doonagore Theft Trilogy is a breathtaking adventure which takes the “Celtic Warriors” from their teen years to young adults. Journey with them as they struggle to overcome anti-immigrant, anti-Catholic political sentiment, come face to face with the horror of slavery in Pre-Civil War America, deal with their own developing sexuality, come to understand the meaning of “love.,” and present to a young nation a vision of what America could be.

Behold the tale unfolding through the eyes of two lads, James Shields and Aengus O’Flaherty and a lass named Meghan O’Grady. Experience it in the streets of 19 century New York City, Philadelphia and Washington D.C. Let its humor, drama, frustration, sexual awareness, and faith dimension inspire your heart and soul. 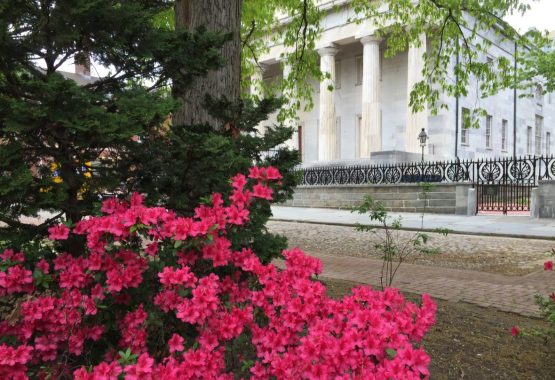 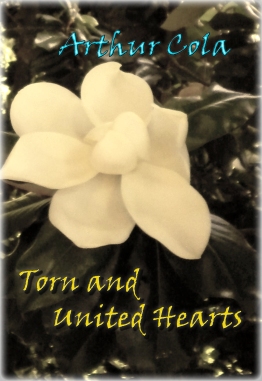 This tale of a 19 century singing sensation comprised of Irish, and Italian immigrants, High Society girls from old American families and Southern boys (one white, one black) will touch your heart, your emotions, and your innermost thoughts of what it means to be American. It will tickle your funny bone while also angering you, thrilling you and making you proud to be an American who believes in “Life, Liberty and the Pursuit of Happiness” for all people equally.

The windows of all the bedrooms of the lads were open to let in what breeze might be outside. It was a warm clear night with the sky filled with stars that were wondrous to behold for the city lads but quite expected for Jeff and Alex who were propped up in the very bed on which Alex nourished Jeff back to health after that day of brutality. Both looked at those stars through the very window from which Flynn hung pleading for his life after Alex shot him in the ass.

“Alex, does it bother you that we’re back here? I mean back where all those memories of those days become so real again.”

“A little, but not with you here with me; I feel safe now that my father is trying to have me released from publicly testifying against Rascal and the others.”

“But I don’t want to talk about it Jeff. I want to enjoy our time here and remember the good times we’ve had especially seeing you up on Aengus’ shoulders all glowing like a bronze statue from Ancient Rome. I could hardly keep my eyes off you while I was trying to keep James from falling out of the tree.”

“That was fun until the girls showed up. Boy did those lads duck under the water fast.”

“And what a sight the girls got of you falling off Aengus’ shoulders.”

Alex looked closely at the face of Jeff and touched his cheek. “Oh, you are, I can see the redness forming. I never noticed that before.”

Jeff laughed. “That’s because your attention was in other areas.”

“Now you’re making me blush. But tell me the truth Jeff. Now that you are free and have money and two jobs and college and all that goes with it, is it the same for you? I mean how we two are connected. You once said that you didn’t want to have children because you didn’t want them to be slaves. Now that you can bring forth free men would you want to?”

There was a long pause. The hoot of an owl filtered into the room. The rush of wind swept across their naked bodies.

“I don’t know Alex. I do know that what we are thinking about doing will condemn us to hell as sinners. But here I am next to you and feeling such desires as to make me dazed.”

Alex rolled off the bed and grabbed the discarded night shirt on the chair next to him. “It’s fine Jeff. I don’t want to condemn you or hurt you from being what you want to be.” He slipped the nightshirt over his head. The moonlight made it translucent as it fell over his pale white body with a touch of bright red where the sun touched too strongly.

A hand came up under the falling nightshirt and lifted it back over the lad’s head. Hands drew him back to the bed.

“What I want to be is your friend for all time. No not only that. I want what James and Meghan have and Aengus and Victoria do as well. I want to feel love.”

In the room next to them, lay James and Aengus in their nightshirts, both lying back with their hands behind their heads and looking at the journal they just finished writing in. The moonlight reflected off its pages which spoke of that day when the girls caught them in the pond au natural. And then something was added which was very unusual for the lads. Each wrote their separate entry about what happened when they came upon Meghan and Victoria and how they felt now that they were betrothed.

I came upon Meghan and I was totally naked with nothing but a Magnolia blossom being held over my manhood parts. The sun was beating down on mi bare skin but I didn’t mind in the least. I wanted to let her know how I felt all these years but was afraid to say. I wanted her to know that in front of her I was always naked and exposed for I didn’t want to hide anything anymore. I wanted her to see me as I am and feel what I felt. When she expressed that she felt as I did, I dropped the flower and in her embrace I felt like a man, not only because of what nature was causing but because she brought me to the truth of who I was and what I wanted and how I desired to share that love I felt for her all these years. When she said “yes” there was such joy exploding in my heart that I could hardly keep from entering her body that very moment so greatly did I want to be one with her. Only my love for her kept me from shaming her and me for that matter. And I didn’t mind at all. I found that our love is so strong that it has endured the ravages of sea and horror of defamation because we are new to this land and of a faith which many scorn. I found that I can love and share that love in so many ways because of her. Now all I can do is pray that her Aunt and Uncle will see our love as a lasting one.

…Behind the Magnolia tree I finally caught up with Victoria. We touched and I knew what I felt would never be felt with another. I grew stiff with urges but yet did not speak of it nor did I attempt to push myself on her. I wanted to show her that I could be a gentleman, though a crude one at times. I didn’t try to hide who I was, for if I did that she would not know the real me. We spoke of love but we also spoke of our differences in faith and station in life. But none of that mattered to us and that made my heart swell with happiness. When we finally arrived at that realization of a shared love, I couldn’t speak the question until I found my best mate whose trousers I held in my hands. When I found him and Meghan behind the lilac bush as I did, he being naked and she in his embrace, I felt released from my pledge. I was able to say that I did not want to be a priest, that I was doing so to protect James, to be his big brother. He told me that we could share our special love as mates and still follow the Lord and love the ones who would be our wives. I ran back to Victoria, who waited so patiently for me to do what I felt had to be done. She accepted me and all my quirks. The four of us bound arm in arm strolled across the green to our friends. For the first time in my life I felt real love, an emotion which I didn’t know I had because I had always made fun of everything especially sexual things involving the lads. Now I could do that and not feel that I was different. I could be me and love and be free. And it’s all because of Victoria and James and Meghan and the one who has taught us that love comes from God and is of God, our own Father Thomas O’Malley.

“Aengus how do you think it will go tomorrow?”

“It will be fine James. You worry too much. The rehearsal was grand. It made Father O’Malley, Mr. Ashland, Mr. Zachariah, Mr. Oaks and Mr. Forrest all cry.”

“I know; that’s strange that they would feel such emotion.”

“I don’t know about that James. Here we lay together probably for the last time, in the same bed anyway, like on the ship and we still can’t say it to each other. And yet they express it without so much as a word.”

“You’re full of shit; we’ve said it a million times over the years. And why does it always come to that but in a sexual manner?”

Aengus grinned. “Because mate, we’re in the same bed and if you had better hearing you’d hear why that has a special meaning for some.”

“Oh my Lord right in Mr. Oaks’ house. Aengus it’s not right that we can hear. Say something.”

“Okay mate, how’s this.” Aengus turned onto his side to face his mate, who was looking up out toward the window and not at him. “We have a special bond. We’ve had it since those days on Inishbofin. Now we are men and about to be married and we still have it. I shall always love you as mi best mate and that’s that. So good-night, and may the Lord keep ye.” He turned on his side with his butt facing toward James; punched the pillow and snuggled into it.

James looked up out that window and watched the stars for a bit longer, then he rolled over to his side away from Aengus. “And I love you too, so there.”

Aengus smiled but said nothing. James felt relieved but didn’t quite understand why. After all hadn’t he said it before or did he? It didn’t matter. It was said by them both and it showed the lads that to love needn’t be like that which was happening next door to them, or what would take place on their wedding night nor even in the arms of Meghan or Victoria as they sat by the fire. It was also spiritual as well as an emotional bond and it came in many varied expressions.

A smile crossed James’ face. “And don’t be poking me with that stiff thing of yours in the middle of the night. I’m promised to another.”

And the two lads slept fast and true and deep in the joy of knowing each had the other’s back, even though it was expressed in a sinful manner.